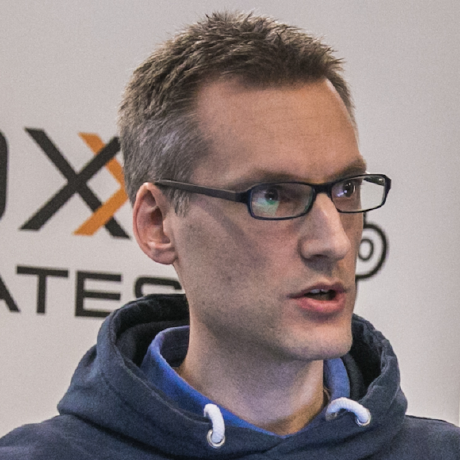 YAY, we have started to work on Citrus 3.0! Yesterday we have released a first milestone 3.0.0-M1. This is a big step in the Citrus project!

In the following I would like to share our strategy, ideas and major changes that are part of Citrus 3.0!

Citrus 3.0 is a major release and we want to take that as an opportunity to follow up with some improvements and refactoring that we are eager to do for quite some time. That being said we try to comply with your need to migrate from older versions so we have a migration guide ready for people coming from Citrus 2.x. In addition to that we take extra care to keep the breaking changes to a required level.

Here are the main objectives we have in Citrus 3.0

The citrus-core module is the heart of the framework and contains all capabilities that Citrus has to offer. So if you include citrus-core as a dependency in your project you will load a lot of artifacts as transitive dependencies (e.g. from Maven central). Loading that huge amount of libraries is not a good thing especially when you do not need all features provided by Citrus (e.g. Groovy script support, Xhtml, XML validation and so on).

With citrus-core it is all or nothing. So we want to modularize the core module into several smaller pieces. The user can then choose which of the Citrus modules to include into the project or even overwrite or substitute pieces with own implementations as one likes.

What happened to citrus-*-model modules?

Each module in former Citrus versions has had a little brother that generated model classes from XSD schema files. The XSD schemas are used for custom Spring bean definition parsing and were located in the citrus-*-model modules (e.g. citrus-config.xsd). The initial idea behind that separate model module was to separate model classes from implementations in order to use that model in a user interface called citrus-admin. With Citrus 3.x we included the XSD schemas into the implementation modules so we do not have to maintain all the citrus-*-model modules.

In Citrus 3.0 we end up with following module categories:

How to use the new module structure

Users that do not want to change much in their project regarding the dependency setup just continue to add citrus-core dependency.

This will get you the same capabilities as in 2.x with all validation modules, runtime and Spring support enabled. The citrus-core is a catalog module combining several other modules that get automatically added to your project.

The downside of this approach is that you get a lot of features and transitive dependencies that you might not need in your project. Fortunately you can exclude some features from citrus-core with the new module structure in 3.x.

The example above excludes the Groovy validation capabilities and the TestNG runtime from the project. The features will not be added to your project and less artifacts get downloaded.

Of course there is a lot more to exclude and you might end up having a more complicated configuration for all those exclusions. For people trying to operate with just what they need in their project the pull approach might be the way to go. Here you add just citrus-base as dependency.

If you want to use Spring Framework support you may also add:

As you write and execute tests in your project you might then run into errors because you are using a Citrus feature that has not yet been added to your project. Something like:

With that error given you need to add the Hamcrest validation matcher feature to the project:

Cool thing about it is that in case you prefer to use AssertJ matcher implementation instead you can add this dependency (we still need to add AssertJ support in Citrus so we would love a contribution doing exactly that!).

Citrus provides a Java DSL to write integration tests with a fluent API. The API makes use of fluent builder pattern to specify test actions. All test action builder were combined in a single citrus-java-dsl module. For better maintainability the test action builders have been moved into the individual modules where the test action implementation is located. In fact the builder are not inner classes of the respective test action.

The “old” designer approach has a nice fluent API that people tend to understand intuitively. Yet the designer separates test design time and runtime which leads to unexpected behavior when someone needs to mix custom code with Java DSL execution. Also debugging is not really an option as the whole test gets built first and then executed at the very end. Setting a break point at design time of the test does not really help.

The “old” test runner avoids the separation of design time and runtime and executes each test action immediately. This enables better debugging options and behaves like you would expect when writing custom Java code in your test. On the downside the test runner fluent API makes use of lots of lambda expressions which is not a problem in general but still many people struggle to understand the concept and the boundaries of lambdas in Java.

In Citrus 3.x we end put in a simplified Java DSL that uses the look and feel of the former designer API but executes each step immediately to keep debugging options and the capability to add custom code between steps.

The separation between designer and runner has been removed completely. So there is only one single source of truth the TestCaseRunner which also implements TestActionRunner. This simplifies the implementation in other modules (Cucumber, TestNG, JUnit) a lot.

This is how a new Java DSL test looks like:

The test extends TestNGCitrusSupport. This gives you the annotation support for @CitrusTest so the test is added to the Citrus test reporting. The base class also gives you the test action execution methods given(), when(), then() and and(). This relates to the BDD Gherkin language and is widely known to a lot of people out there. If you do not want to use this BDD approach in your test you can also use the basic run() method instead.

TestNGCitrusSupport now is the single base class for all tests that use TestNG as base framework to run tests. This includes XML and Java DSL tests. Former Citrus versions used several different base classes which confused users.

The Java DSL in Citrus consists of many actions that a user can choose from. In former Citrus versions all action methods were combined into a single class named TestDesigner or TestRunner. All action methods followed the fluent Java builder pattern style. The implementation of these builders have been moved from citrus-java-dsl module to its individual modules.

Each TestAction implementation now provides also a fluent Java builder that can be used in the Java DSL. Also the action builder provides a static entry method for users to enter a builder pattern style configuration using that builder.

With this refactoring all test actions are now immutable and can only instantiate via the builder. You can use the action builders in the your test like this:

You can use static imports to add the action builders to your test.

The factory beans can use @Autowired and bean lifecycle hooks such as InitializingBean or ApplicationContextAware. These Spring related features were moved to the factory beans. This way we can decouple citrus-api and citrus-base from Spring making it an optional library to use in Citrus.

The Spring framework provides an awesome set of projects, libraries and tools and is a wide spread and well appreciated framework for Java. The dependency injection and IoC concepts introduced with Spring are still awesome.

Some people prefer to choose other approaches though to work with dependency injection. Others do struggle with mastering Citrus and Spring as new frameworks at the same time. Both frameworks Spring and Citrus are very powerful and newbies sometimes feel overwhelmed with having to deal with so many new stuff at a time.

In former releases Citrus has been very tied to Spring and in some cases this has been a show stopper to work with Citrus for mentioned reasons.

In Citrus 3.x we make Spring optional in core modules so people can choose how to work with the framework. In particular this affects the way Citrus components are started and linked to each other.

By default Citrus server endpoints (e.g. Http server, Mail server, …) are using some in memory message channel for incoming requests. This internal message channel used Spring integration as implementation. In Citrus 3.x we changed this to a custom in memory message queue implementation called DirectEndpoint. This was done to decouple Citrus core from the Spring integration library.

The DirectEndpoint lives in the citrus-base module and replaces the Spring integration message channel implementation as a default for all server endpoints.

The Spring integration message channel endpoint is not lost though. Users can still use this implementation as the endpoint was extracted from citrus-core to a separate endpoint module named citrus-spring-integration.

Users enable the Spring support in Citrus by adding:

When using citrus-core dependency this Spring support is enabled by default in order to adjust with what has been configured in previous Citrus versions.

In case you exclude the citrus-core-spring module for Citrus you will load the same components and features but only without Spring framework support. Keep in mind only the XML based configuration and XML test cases continue to require Spring. All other features in Citrus are ok to not work with a Spring bean application context.

Feel free to choose which approach fits best for your needs. Citrus running with or without Spring.

Citrus is over 20 years old! The project has seen many refactorings and improvements over time. Still there is a lot to tidy up and improve in terms of reducing technical dept and simplify code. We do our best to accomplish this to keep the code base maintainable yet not to break too many things for existing projects out there.

When you look at the code base for 3.0 you will se a lot of changes related to things being moved and modularized into several other modules. At the end you should be having a cleaner and simpler code base to work with, hopefully!

It has been quite some time since the last major Citrus release. So this is a point where we catch up with all the other libraries and dependencies that evolved over time. In particular this is Apache Camel, Spring and Cucumber that all evolved with major versions in the past.

Citrus 3.0 is up to date with using the latest versions of these libraries and the following might be the most important updates:

So this is the first milestone of the Citrus 3.x release train. And we are not done yet! We will continue to work on our goals to finish the 3.0 release with working on modularization, making Spring optional and to simplify the Java DSL.

We would love to get feedback and early adopters so please give it a try and tell us what you think about it. Now is the time to raise your voice to improve the 3.0 content!

You May Also Enjoy

YAKS is Cloud-Native BDD testing or simply “Yet Another Kubernetes Service”.

Some time has passed since part one of this blog post series and we have made some improvements on the Citrus Arquillian extension. So we can look forward to...

Citrus and Arquillian both refer to themselves as integration test frameworks. Following from that you might think these frameworks somehow ship the same pac...